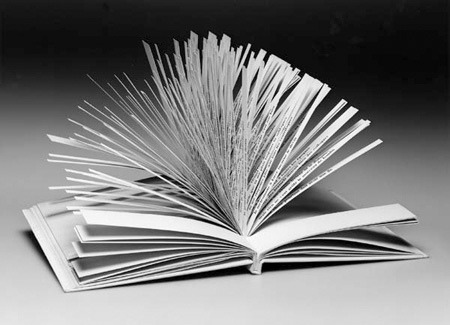 I think variation on a theme is one of the most fundamental creative strategies. It’s at the heart of science: the theme is the independent variable. In literature, “theme” is much broader. It could rightfully be said that all literature consists of variations on a small set of themes. What I have in mind, however, is more restrictive. Something between the rigor of the scientist tweaking a variable while keeping all else equal and the free association of a poet riffing on Love or Death. Perhaps it is best illustrated by example.

In photography, typologies are a prime example. The typology is a series of photographs of a certain class of subject, usually all photographed in the same neutral, deadpan manner. This allows us to better appreciate differences and commonalities that are obscured when the objects appear in their usual context.

The typology has the potential to be very, very boring. It is, in some senses, the antithesis of creativity. All creative work is a series of decisions, and at some point in the process, the final decisions must be made. The typology, however, makes all the choices at the earliest possible stage of the project: before even a single photo has been made. Both the kind of thing that will be photographed and the way it will be photographed has been decided beforehand. What remains is simply execution. This type of typology often resembles a dry intellectual exercise. Bernd and Hilla Becher, whose industrial typologies laid the groundwork for the genre, simply aren’t exciting photographers. When the typology becomes less rigorous and more playful, like, say, Bjarne Bare’s garden hoses or J. Bennett Fitts’s empty pools, they also become more interesting.

Creativity is about constraints. Weirdly, many people seem to see creativity as the opposite, as being about expansion. We must think outside the box. We must generate ideas. The problem of how to be creative is the problem of thinking up things. But this is wrong. Or in any case, the opposite is just as correct. Creativity is all about thinking inside the right box. There is an infinite amount of possible ideas. The problem is not how to come up with ideas, but how to remove the ideas that are no good. The problem is not how to think outside the box, but where on the infinite plain of thought to put it. Creative work is about finding ever narrower constraints, until you are left with only one idea that fits the bill. That’s the right one.

Oulipo, the workshop of potential literature, embraced this truth wholeheartedly. Thus we get novels like Georges Perec’s A Void, the one written entirely without the letter E. But we also get things like Raymond Queneau’s billions of poems packed into one. Queneau is more pertinent to our investigation of variations on themes. His work consists of sonnets with identical rhyming schemes, so that every line can be combined with every other line, thus generating billions of potential poems. I sense a divergence here. On the one hand, you have the typology, which is a series of variations for their own sake. On the other, you have the series of variations as a method of finding solutions to creative problems. You state your constraints, you then generate a list of solutions that satisfy those constraints, and then you eventually fall down on the right one. But Queneau doesn’t even do that. In his work, we never get a set of variations. He has merely given us an algorithm for generating variations.

The third variation on variations, then, is the one that fetishizes the abstract series. It is the beauty of mathematical series. There is an infinite series of primes, but no one would or could ever write them all out. To the mathematician, it’s sufficient to prove that whenever there is one prime, there must inevitable be another that is larger.

Pop culture has become a series of variations on its own past. That is at least what some have argued recently. We get remakes of remakes, samples of samples.

In The Five Obstructions, Lars von Trier challenges fellow director Jørgen Leth to remake Leth’s 1967 short film The Perfect Human. Each remake is subject to a different set of constraints. The original is a dry commentary on the mundane actions of “the perfect human” in a perfectly white void. In one take, Leth must remake the film in the slums of Mumbai, with the stipulation that he must not let on that the decadent actions of the main character, played by Leth, take place in a poverty-stricken “hell on Earth”. (Leth cheats, revealing the setting through a translucent screen.) But it’s the last obstruction that proves the hardest: Leth must remake his film with no constraints at all.

Although variation is a very potent creative technique, there is still something inelegant about it. Consider the four-color theorem. It says that any map with contiguous regions can be colored with four colors so that no two adjacent areas have the same color. The proof involves proving that any counterexample to the theorem must involve one configuration from a certain set, and then proving that each of the configurations can’t be a counterexample. The set contains 633 configurations, an improvement on the first proof, which required 1476. Traditionally, this sort of brute force proof by enumeration has been seen as both unaesthetic and dubious by mathematicians. The former by virtue of its complexity and lack of finesse, the latter because of the enormous amount of work required to verify it. The first proof was published in 1976, and has yet to be completely verified.

But isn’t this exactly how creativity works? Marking out the boundaries of a finite box in an infinite space, so that what lies within satisfies the constraints and what does not lies outside. 633 seems like an arbitrary number, and as far as I know, no one has proved that it’s impossible to reduce that number further. But it seems plausible that any proof of this theorem must involve variations on a set of unavoidable maps.

In 2008, the newest proof was verified using a digital theorem prover. This works by embedding the proof in a programming language that can check its validity. What is left to verify is the small core of the theorem prover, which is simple enough to verify by hand.

When I stare at a blank piece of paper, I see a many-dimensioned space. My task is to find the right boundaries in each dimension. The resulting geometric figure represents every possible thing that satisfies my constraints. An infinity of variations of Variations on a Theme. Isn’t every book many books? Every book is something different for each reader. I’ve referred to China Mieville’s thoughts on this before: he writes that novels, mysteries in particular, are “novels of potentiality”. Their power lies not in their solutions, but in the superposition of possibilities that exists in the reader’s mind before the reveal. But every book is like this. Even after the last page is turned, there is literally an infinite series of questions that were never answered. Most of them aren’t interesting, but some are. Even disregarding different interpretations, there will be an infinitude of possible answers to the infinitude of questions that are all consistent with the facts as laid out in the book.

This superposition or collection doesn’t just exist in the reader’s mind during reading. It exists in the creator’s mind whenever anyone is in the process of creating anything. The study of creativity is often seen as the study of getting from A to B. How do we go from problem to solution? How do we go from having something to say to having said something? But if creativity is like tightening a rope around an infinite space until only a few alternatives remain (the right ones), shouldn’t we be studying this infinite space?

We need some geometers of the possible.