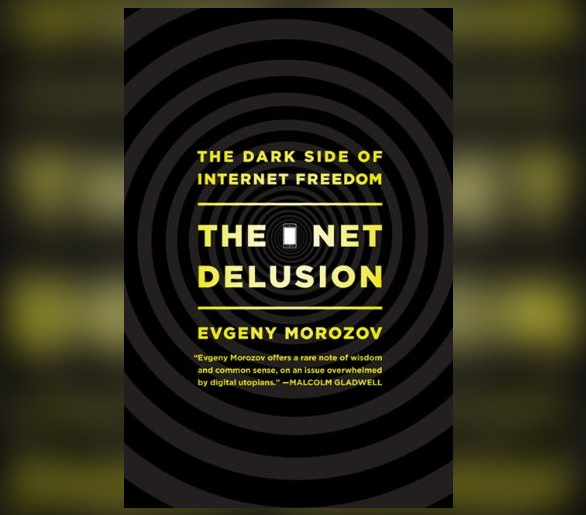 No one surfs the web anymore. Increasingly, we get everything we want from an endless stream provided by a small selection of websites: Reddit, Google, Tumblr, Facebook, Wikipedia and Amazon would be my list. Those six sites probably constitute a frightening percentage of my web browsing, and most of the content that originates on other sites can be consumed through them—or will be consumable through them in the future.

Evgeny Morozov points this out in The death of the cyberflâneur. He might have a book out about “The Dark Side of Internet Freedom”, but he’s right. Morozov compares the early web with 19th century Paris, where flâneurs would stroll the streets aimlessly for the simple pleasure of seeing where one ended up and taking in the sights and sounds that presented themselves. This was how we experienced the early web, but, just like modernism made Paris less friendly to the flâneur, so Facebook and Google and the “app paradigm” and frictionless sharing make the internet less conducive to “cyberflânerie”:

This is the very stance that is killing cyberflânerie: the whole point of the flâneur’s wanderings is that he does not know what he cares about. As the German writer Franz Hessel, an occasional collaborator with Walter Benjamin, put it, “in order to engage in flânerie, one must not have anything too definite in mind.” Compared with Facebook’s highly deterministic universe, even Microsoft’s unimaginative slogan from the 1990s — “Where do you want to go today?” — sounds excitingly subversive. Who asks that silly question in the age of Facebook?

But the author fails to point out that the tradition of aimless strolling for its own sake didn’t die out in Paris. It was briefly resurrected in the 1950s as the dérive: “… an unplanned journey through a landscape, usually urban, where an individual travels where the subtle aesthetic contours of the surrounding architecture and geography subconsciously direct them with the ultimate goal of encountering an entirely new and authentic experience.” The dérive was invented precisely because human experience—in this case, the experience of living in a real-world city—was becoming increasingly limited to a small set of locales. Here’s Guy Debord:

In his study Paris et l’agglomération parisienne (Bibliothèque de Sociologie Contemporaine, P.U.F., 1952) Chombart de Lauwe notes that “an urban neighborhood is determined not only by geographical and economic factors, but also by the image that its inhabitants and those of other neighborhoods have of it.” In the same work, in order to illustrate “the narrowness of the real Paris in which each individual lives … within a geographical area whose radius is extremely small,” he diagrams all the movements made in the space of one year by a student living in the 16th Arrondissement. Her itinerary forms a small triangle with no significant deviations, the three apexes of which are the School of Political Sciences, her residence and that of her piano teacher.

The real web in which each individual “lives” is becoming increasingly narrow. Perhaps what we need is a ressurection of the dérive: occasionally setting aside time to drift aimlessly along the psychogeographical contours of the landscape in order to more fully experience everything it has to offer.

Alternatively, we could all get off our asses and leave the internet. But that’s not going to happen, so how about the next best thing?