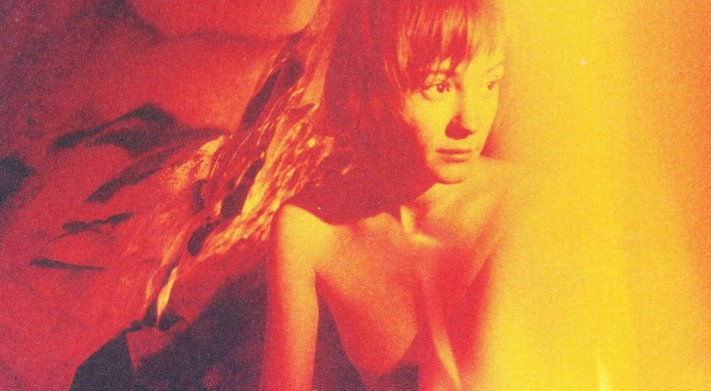 There’s a genre of photography popularized by Ryan McGinley that consists of quirkily beautiful young people who somehow are always wearing the right flannel shirts and frolicking naked through the woods or lighting fireworks and getting drunk and high on rooftops in the sunset, or otherwise showing off their bohemian or faux-hemian lifestyle, always impeccably lit and appropriately off-kilter; it is a style of photography that celebrates analog flaws like light leaks and the cross-processed look; it’s photography that looks like it should be soundtracked by The Naked and Famous; it thrives on social media like Tumblr and Facebook; it is, above all, a carefree and happy sort of photography.

I refuse to name it—certainly not “hipster”, since nothing good ever comes out of using that term—and I certainly don’t claim to be unique in identifying it. I just want to point out the profound ambivalence this sort of thing stirs in me. Put simply, such photographs make me happy, jealous, and suspicious at the same time, and that’s hard to make sense of. Happy, as an empathetic response to the joy so clearly displayed in such pictures; jealous, because I know I don’t have, and probably never will have the sort of life depicted in them; and suspicious, because I feel as if I’m not getting the whole story.

The pictures above are by Theo Gosselin. I put them there not to criticize them, but precisely because they’re so well done. As examples of their genre, they are perfect. Consequently, if there is to be any criticism of them, or the wider genre I picked them to represent, it has to be based on the wider project, and not technical flaws.

The problem, I suppose, or the source of the discomfort, is the diaristic mode these pictures employ. Ryan McGinley’s early work looks spontaneous, but is a result of events loosely staged for the camera. Many of the people who have taken up this look completely blur the line between what happened and was incidentally documented and what happened only because it was to be recorded. And yet the blogs and the zines look like diaries; although they rarely say so, they seem to suggest that they are simply slice-of-life photo albums, almost incidentally shared with the world. And so one reading of them, the problematic one, becomes simply: LOOK AT ME AND MY PRETTY FRIENDS AND OUR WONDERFULLY QUIRKY/BOHEMIAN ETERNAL ADOLESCENCE. ENVY US. Which makes everyone else feel kind of bad about their own lives, and also feels false, since we begin to suspect that what was presented like a diary was actually more like a greatest hits collection, a series of high points with the lows excised to create a false impression. When Nan Goldin makes a diaristic photobook, it feels honest and raw; when McGinley or Gosselin or their peers do, it feels more like tee hee golden hour and penises.

It feels a little vapid, and it also stings a little, especially given that I’m not an old fart: these photographers are of my generation, some a little younger, some a little older than me, and they seem to call out the moment I’m not seizing, the adventures I’m not having, the good times that I ought to be having right now but will never be able to recreate in the future. They represent the kind of late-teens-to-mid-twenties experience that all artsy, quirky, smart middle class people of slightly Bohemian inclination secretly covet, or at least many of them; of course it hurts to see that others have it and we don’t, and of course we begin to suspect that we’re being fooled. Not that I’m immune to this sort of thing myself: surely the purpose of posts like this isn’t entirely innocent of the tendency to state, basically, “LOOK AT ME AND MY BEAUTIFUL LIFE”.

But as a counterpoint, kids will be kids. And it sure feels good to look at some fun photographs of people who are enjoying themselves after going on a diet of deadpan documentary for a while. Perhaps some people really do lead the idealized existences their “diaries” seem to suggest; and if so, or even if not, is it really wrong that, among all the photographs in the world, a small portion will be dedicated to proclaiming that fact? I do have a soft spot for some practitioners of the “genre”, like Mike Brodie. And I have been guilty of decorating my walls with polaroids of friends and family.

I don’t really know what to think.