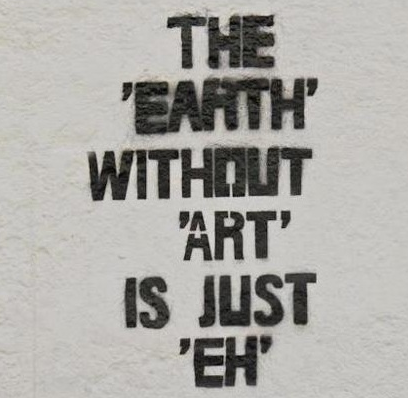 Like many other people of a certain intellectual sensibility / posturing, I dislike the artiste, the wannabe, the poseur, the person for whom not the art but the artist’s life is the goal. The art is incidental; it can be dispensed with, if one is only allowed to continue living the life. But it also strikes me that many of my favorite artists, like me, are introverted, quiet people who use art as a way to be something else, to do things they wouldn’t otherwise do, to become someone else or explore sides of themselves which ordinary living do not allow them to express. Eleven photographers answer the question “why take pictures?” in one sentence. Osma Harvilahti: “Photography allows me to do fun things that could otherwise be considered as ridiculous, absurd, dangerous, adventurous or forbidden.” Bryan Schutmaat: “Photography fills my days and often my nights with work that makes me feel better about how I’ve spent my time on earth.” Or Alec Soth, elsewhere:

For Mr. Soth, who said he had been painfully shy throughout his youth, this rapport did not come easily. He felt pressure during college at Sarah Lawrence in the early 1990s to pursue the trend of staged photography, but he loved the work of Diane Arbus and wanted to photograph people.

After graduating, he started going to parks and taught himself how to approach strangers, often parents with their children. “Those early photo shoots were a lot like therapy,” Mr. Soth said.

I make photographs of strangers because I’m afraid of talking to strangers. And the weird thing is, the strangers are more scared of my camera than I am of them, sometimes. They excuse themselves. They offer to help me find other subjects. They sweat and blush and squirm. I am in a sense imposing on them; asking for a portrait is a gesture of intimacy. I’m asking them to pose for me and hand over their likeness to a stranger. Yet often the ones who say no act as if they are the ones imposing on me, O great photographer, rather than the other way around—and surprisingly many say yes.

What is the difference between the artiste and the shy artist? Perhaps it is that for the shy artist, the artistic process is vital. Perhaps in either case the end result can be dispensed with—witness Garry Winogrand, who said that the reason he made photographs was to see what things look like photographed, yet left thousands of undeveloped rolls of film when he died, or the generic artiste who wants only to live the life of the famous, rich artist or the boheme—but in the shy artist, the artistic process is indispensible. In the end it may not have mattered to Winogrand whether anyone—even himself—ever saw his photographs, but the act of photographing was vital. Perhaps to Alec Soth, those first photographs were more therapeutic than narrative or symbolic, perhaps what mattered was more that he made them and how than what they ended up looking like. But both were artists and not pretenders because the artistic process was the point. Perhaps they were even purer artists than those who set out with something to say, because they loved photographing, not having photographed.

Get to know who is behend this creative inspirational photography blog.

Art as self-improvement leads to more well-rounded people, people who dare to live as they’ve secretly desired all along, to break all the rules they’ve always wanted to break, to piss on the conventions they’ve always wanted to piss on, to immolate all the personas they’ve calcified into yet have come to hate—and this is a self-magnifying process by which the individual uses the artistic process to become a more interesting person, thus having more interesting things to say through art, thus having more interesting ways to use art to improve oneself, thus producing increasingly transgressive, groundbreaking, interesting, uninhibited, rawer art which fuels further personal development, which furthers more art, and so on.

This website uses cookies to improve your experience while you navigate through the website. Out of these, the cookies that are categorized as necessary are stored on your browser as they are essential for the working of basic functionalities of the website. We also use third-party cookies that help us analyze and understand how you use this website. These cookies will be stored in your browser only with your consent. You also have the option to opt-out of these cookies. But opting out of some of these cookies may affect your browsing experience.
Necessary Always Enabled

Any cookies that may not be particularly necessary for the website to function and is used specifically to collect user personal data via analytics, ads, other embedded contents are termed as non-necessary cookies. It is mandatory to procure user consent prior to running these cookies on your website.